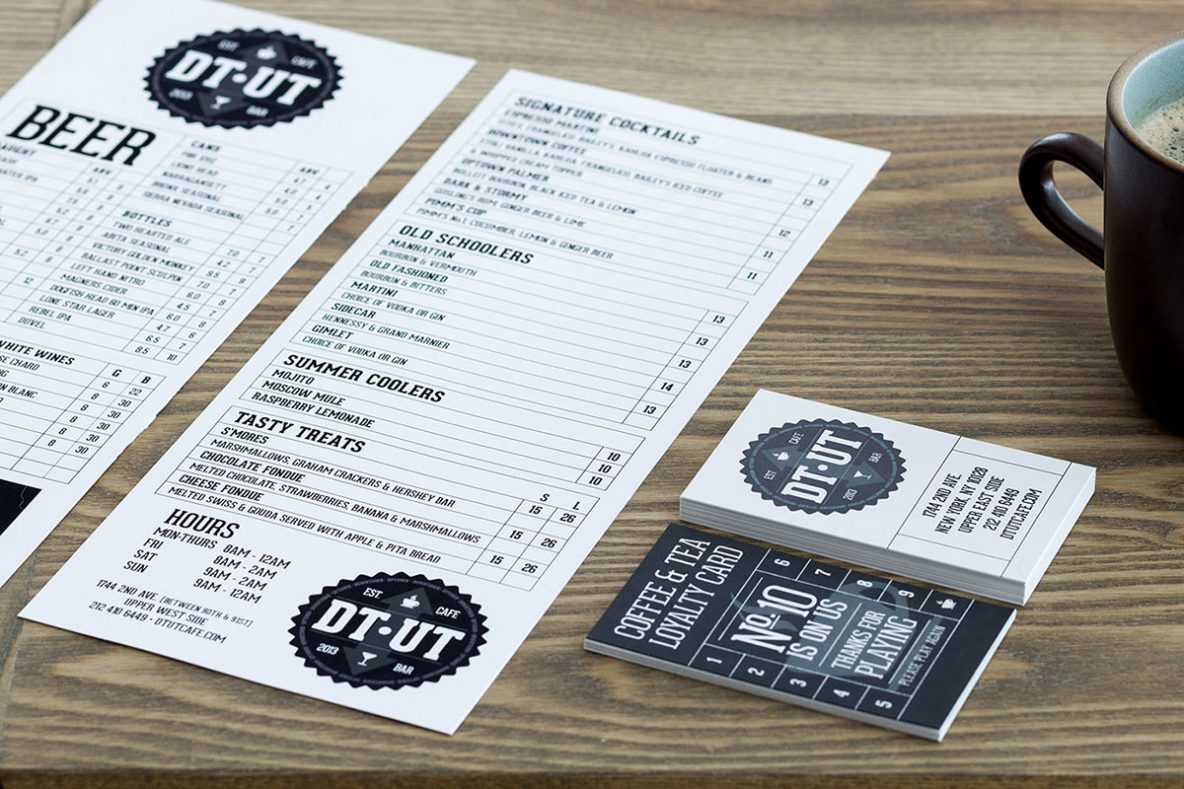 Downtown Uptown Café (DTUT), is an Upper East Side Cafe that is a coffee shop by day and a cocktail and wine bar by night. The visual identity of the Cafe was not given much thought and took a back seat to other restaurant concerns. After the café was sold, the new owners did some rearranging of the interior but kept the identity (or lack thereof) the same. There was no consistent branding and the menu & loyalty cards were very basic and put out by the owner on-site.

zenzino | design created a new logo for the café. One that conveyed the concept of the coffee shop and cocktail bar duality that would appeal to the existing clientele as well as the people they wanted to attract was designed. Once the logo was set, menus and loyalty cards were designed with a consistent, complimentary look and feel. The loyalty cards, in particular, were a huge hit, resulting in the first run of 500 cards being handed out in less than 10 days.